Art and Fragrance To Make Us Smile 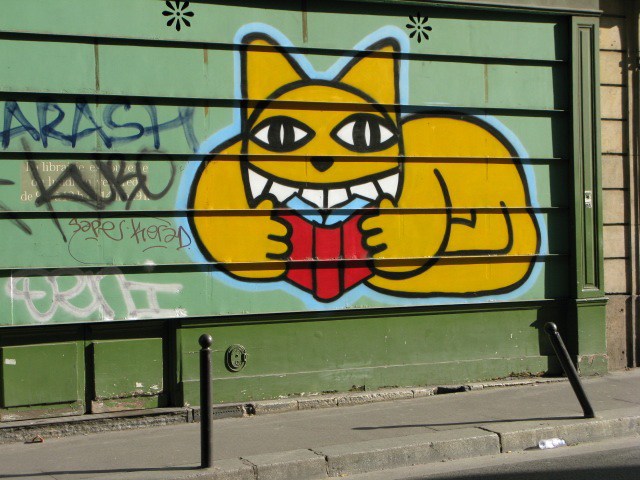 During the time I was running my business, the Paris based Company Ligne Blanche introduced me to a collection of perfumed candles inspired by the American Street artist, Keith Haring –

Haring began as a pop artist and set out to reach the widest possible audience with his early graffiti drawings on the streets and in the subways of New York; he quickly gained recognition and his work began being exhibited in Museums internationally.

Despite his early death from Aids in 1990 aged just 31, Haring’s art has become universally recognised and The Keith Haring Foundation was set up to sustain, expand and protect the legacy of this artist, his art and his ideals.

The Foundation supports not-for-profit organisations that assist children, as well as organisations involved in education, research and care related to art.

Givaudan, the world renowned producer of fine fragrances, created the scents honouring the acclaimed artist. Each candle is housed in a black and white box featuring Haring’s energetic motif.

The Studio Perfumery chose to take the colour collection, each one with it’s own fragrance created by Givaudan, including the Pink Pattern candle with the sweet scent of delicious caramel and the Orange pattern candle with a cinnamon and orange fragrance. All candle holders have a chrome exterior and each candle is juxtaposed with the iconic Haring pattern in pink, orange, blue, green, mauve or yellow. 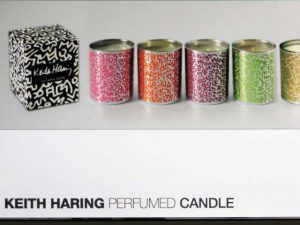 Ligne Blanche also work with The Jean-Michel Basquiat Foundation as well as The Robert Mapplethorpe Foundation and Rene Magritte.   All the candles are fragranced to capture the story and spirit of the artists and their work,  the holders are wonderful keepsakes of the images they created. 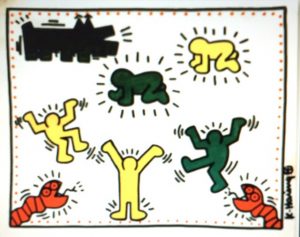 This summer the sophisticated and very popular children and grown-ups shop, Petit Bateau have introduced a capsule collection for babies and children adorned with the works of Keith Haring –

Haring was described as having a big heart for children, his drawings are colourful and full of humour, he gave, amongst other things, painting classes for children and created many of his works for little ones –

his colourful characters like Radioman, Dancy Nancy or a dog dreaming of a hot dog are characters who make children laugh –

The three Petit Bateau  baby vests and tee shirts had caught my eye in early summer and what better timing and opportunity to visit their shop with the very recent birth of a grandson and the third birthday of his brother. 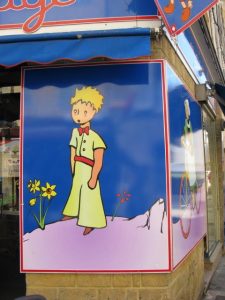